I built a pair of Colt SAA revolvers with 5½inch barrels for my Revolver Ocelot Cosplay. This was also a "proof of theory" project to show, that quality work doesn't always involve expensive machinery and materials. These were made completely without power tools and from scrap that I had lying around. 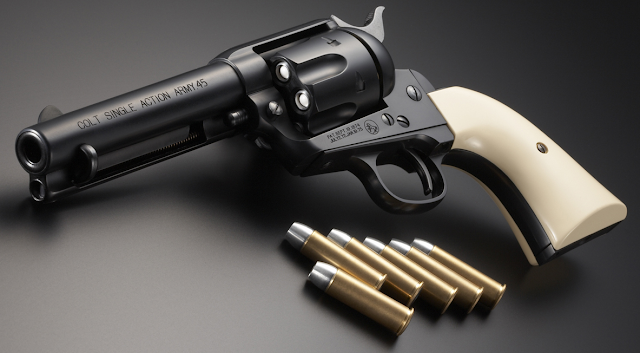 The original looks like this, if you were not familiar with it already. (That's an airsoft copy though)I'm a quick worker, so I don't have many pictures of the very beginning of the project, but I managed to slow myself to take some. 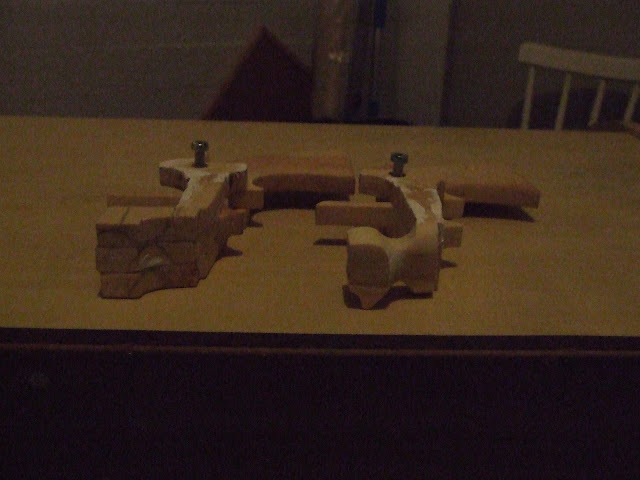 Here's a compare picture of  a shaped and unshaped front of the gun's frame. Awful lotta sanding involved. (Sorry for the gloomy picture, my cellar is dark). The frames were constructed by laminating three layers of wood(pine, my favourite) together. 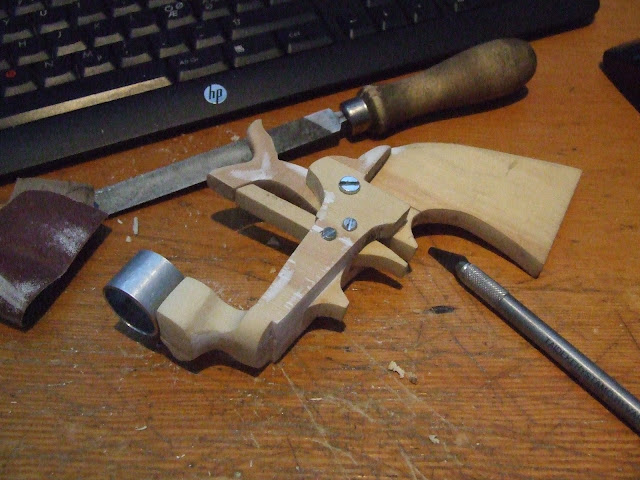 An almost finished frame with the barrel band, trigger and hammer in place. 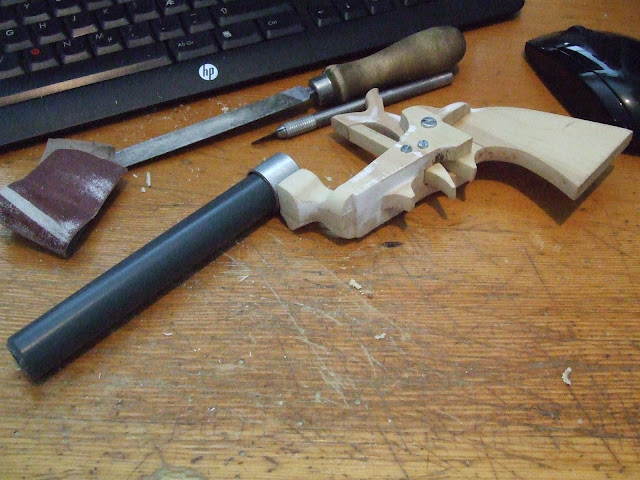 Roughcut barrel mocked in place. Barrels are made of ABS rod. 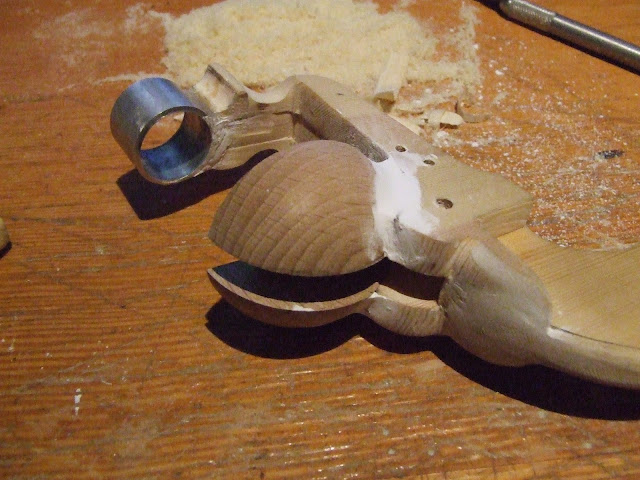 I split a wooden ball in two to form the back of the frame. The second half provided the same piece for the other gun. 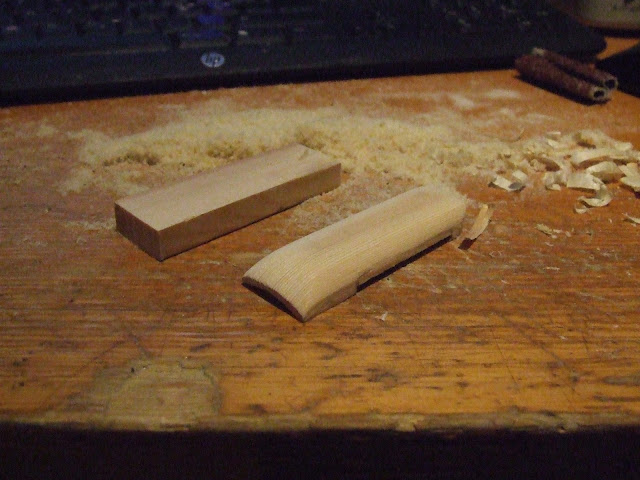 Frame top was made of scrap pine. Almost finished(sight groove missing) piece up front, rough in the back, and behind it the dust from the shaping. 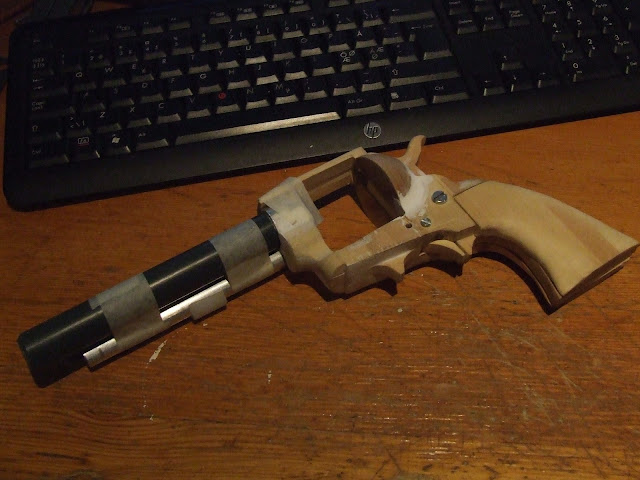 Frame finished&extractor tube mocked in place. Triggerguard yet to be installed. 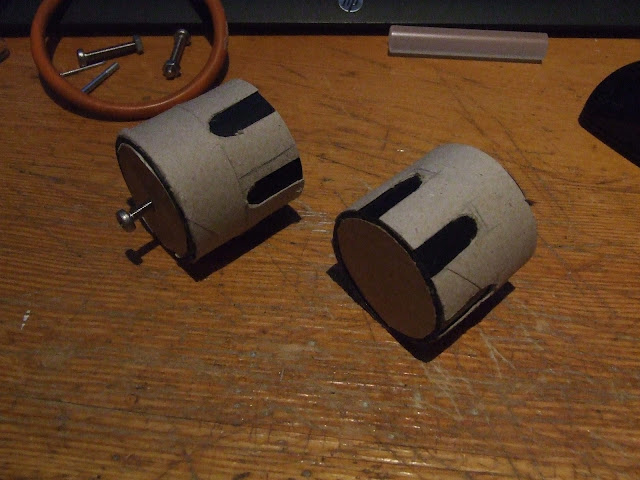 the cylinders were made from ABS pipe and cardboard. The cutouts were made by slipping a conveniently sized toilet paper roll over the pipe and holes cut onto them. Cheap, yet effective. 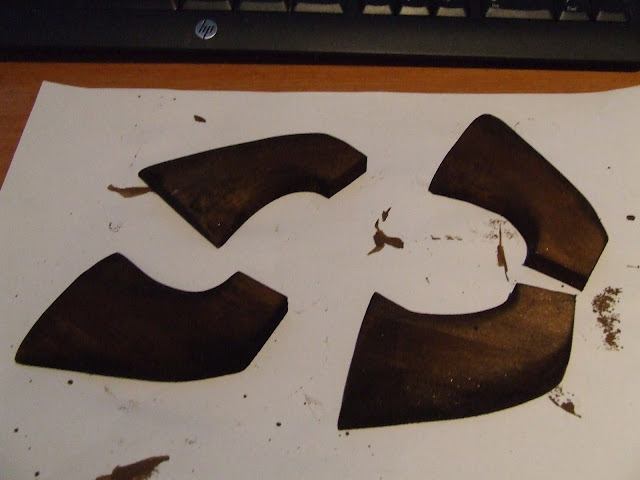 Grip plates, too, were crafted out of pine. Shown stained to a beautiful walnut color. 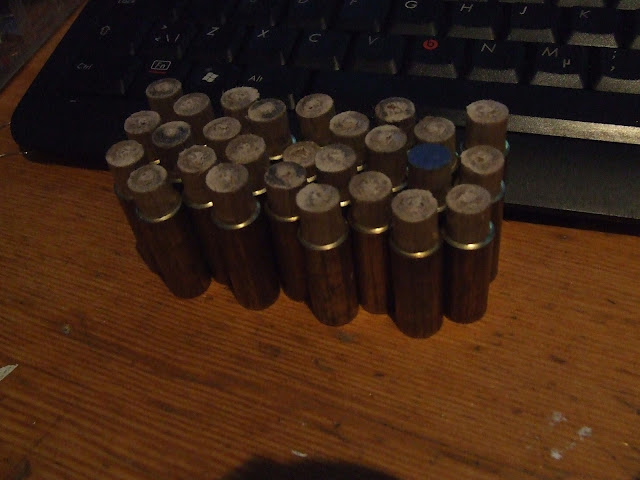 I also made  horde of fake ammunition to go with the guns out of brass tubing and wooden rod. The bullets are still unpainted. 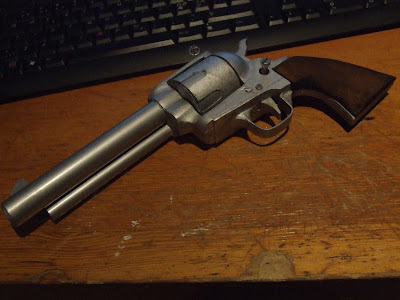 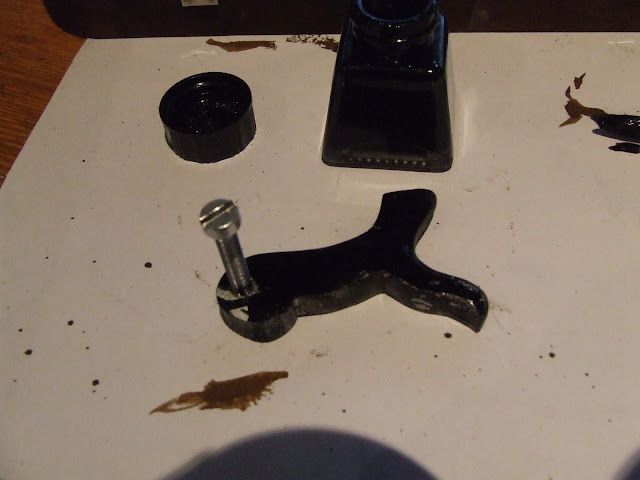 Little bit of black ink washed on the surface..... 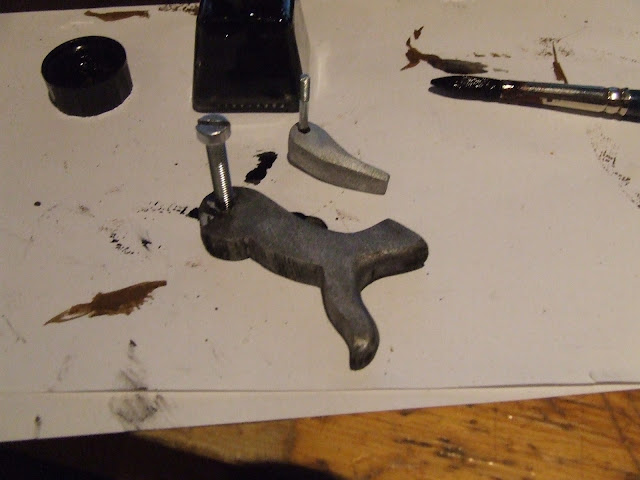 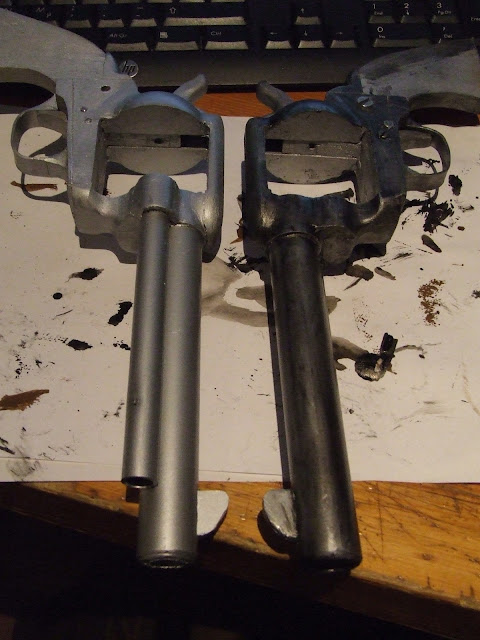 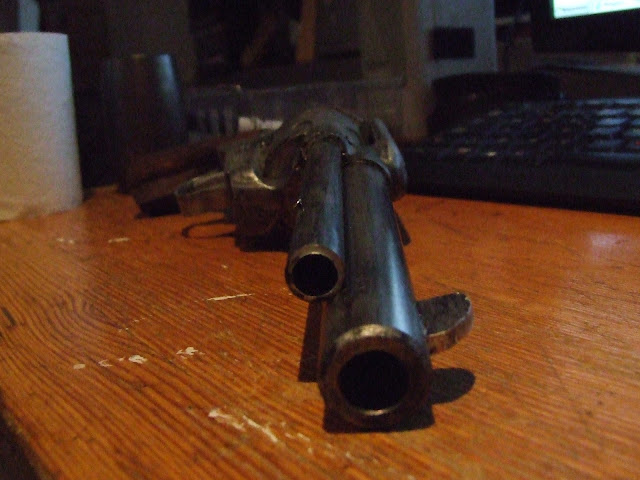 OK, I admit, I lied to you a bit. I used a drill press to bore out the barrel. It extends about 1½ inches inside the barrel, and the bottom is clearly visible when examined. 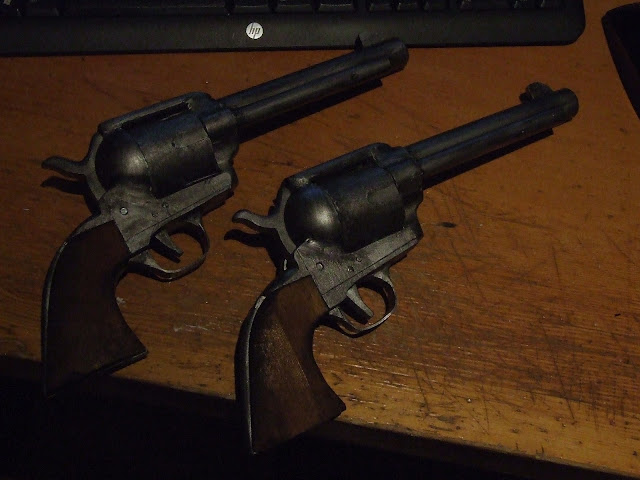 A picture of the pair. A classy choice of weapons indeed.